If we hope to achieve the promise of Bitcoin, we must remain vigilant to avoid the devils in our midst. In the same vein of protecting the idea of Bitcoin, we must preserve the standards that make it possible. Namely, decentralization and security. Any cryptocurrency that sacrifices either for the sake of scale or anything else cannot be fully trusted because it will never be trustless. 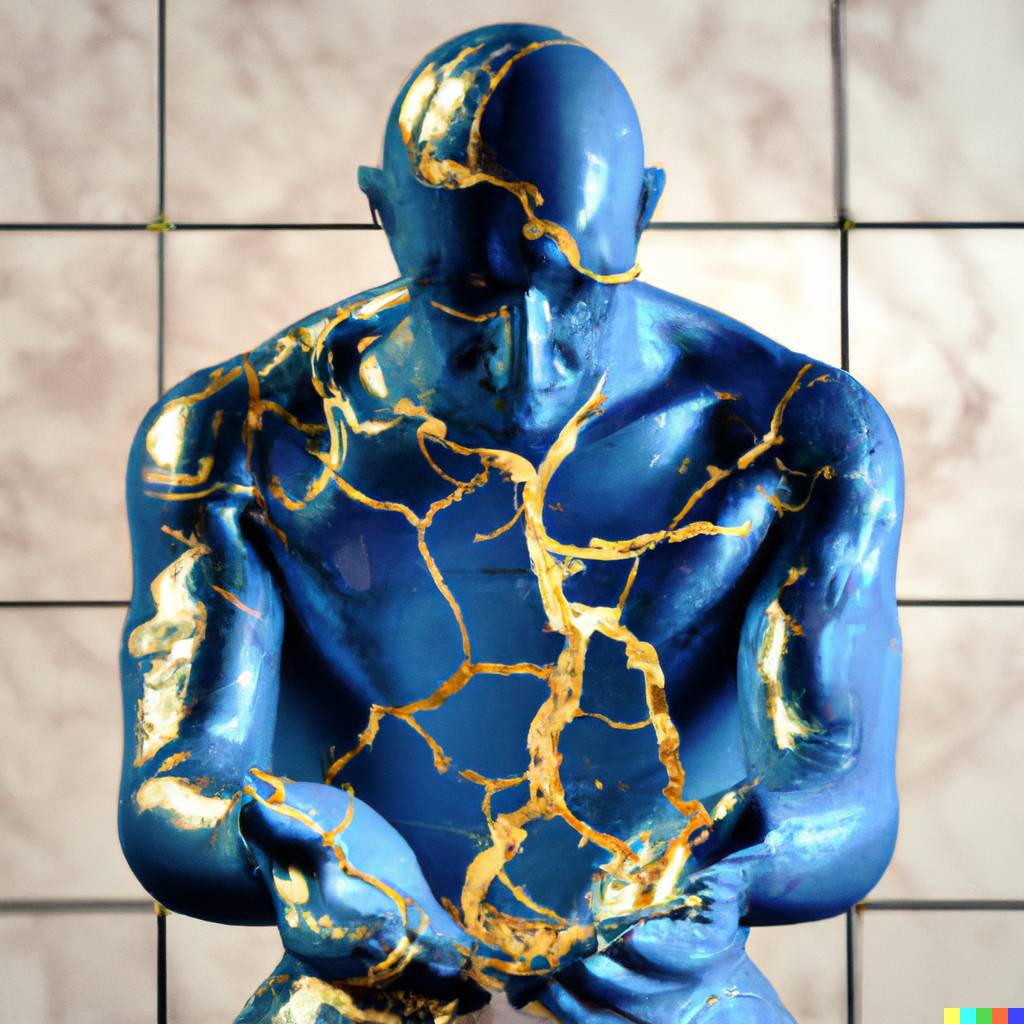 By Dylan Stewart aka Kintsugy

BY DYLAN STEWART AKA KINTSUGY

"The power of choosing good and evil is within the reach of all." -Origen

When Satoshi Nakamoto introduced Bitcoin, he stated, “It’s completely decentralized, with no central server or trusted parties, because everything is based on crypto proof instead of trust.” Satoshi identified trust as a point of failure within our current financial and monetary system, and the industry has vindicated him time and time again.

On the surface, trust is a positive idea.

Tp trust someone is a great thing, and an aspect required for healthy relationships. The problems only arise when trust is betrayed. Regardless, if it’s cheating, spending other people’s money as if it was their own, or regularly debasing a currency, but I repeat myself. The problem staring every one of us in the face is the fact that our relationship with legacy financial institutions is incredibly unhealthy.

Satoshi’s revolutionary idea was not an attack on trust itself, but to remove it from the equation entirely. In so doing, he designed Bitcoin to be trustless, thereby making trust in third parties obsolete, at least within our financial system.

Bitcoin debuted in the wake of the ’08 financial crisis, a timely repudiation of a system of banks and firms who leveraged common people’s money to further enrich themselves. When the house of cards came crashing down, players bailed out these very same institutions because they, were too big to fail. While the little people outside of this category are left with the bill, many lost their homes, jobs, and potential lifetime earnings.

The good news is, the industry has given us an alternative. Bitcoin, and a few other cryptocurrencies who have followed its example, offer something better. Be your own bank is not just a catchphrase; it’s a call to action.

If you do not approve of the way things are, then it is up to you to be the change you want to see in the world. The construction of an alternative financial system is not going to occur overnight. But every private wallet, every accrual of a decentralized token over a centralized fiat dollar, and every transaction occurring on a blockchain instead of some middleman’s payment channel is a step in the right direction.

On the other hand, every choice to sacrifice intrinsic Bitcoin ideals like trustlessness, decentralization, and censorship-resistance is two steps back and an affront to financial sovereignty itself.

In folklore, various evil creatures like vampires and some demons can only gain entrance to haunt someone after they receive an invitation. Similarly in German legend, the character Faust sells his soul to the devil in exchange for earthly gain. The world has retold this ancient trope many ways, but the moral of the story is sacrificing your ideals ultimately leads to ruin. Despite the popularity of this myth, the crypto community at large remains woefully ignorant of its lesson.

Sam Bankman-Fried & FTX could be the proverbial devil in our story right now, but a few months ago it was Do Kwon & Terra Luna. At one point it was Bitconnect, before that it was Mark Karpelès & Mt. Gox, and it’s been a million shitcoins, NFT projects, and even whitepapers in between.

Although the fallout of the FTX Faustian bargain is still unfolding, it is safe to say these kinds of events will continue until people realize many of Bitcoin’s features are not bargaining chips; they’re non-negotiable.

Perhaps centralized exchanges are a necessary evil, at least for the time being. I can accept that. If you can as well, it would be prudent to recognize an exchange is not a wallet. They possess wallets intended to hold their customers’ funds, who must trust the exchange. Not to use said funds like Bankman-Fried did to fuel his ‘effective altruism’ lifestyle to “try and do as much good as you can”, cover various “business expenses," donate them to a political war machine aligned with a Super PAC founded by his mother, or mint counterfeit Bitcoins like soBTC (wrapped BTC on Solana).

Not your keys, not your coins remains true. Assuming that you hope to have financial sovereignty, it begins by taking responsibility for your own assets. If you are reading this and still have tokens on an exchange, stop reading immediately in order to withdraw them into your own wallet. If you must use a CEX, at least try to use one that publishes audits, and only keep your funds there as briefly as possible.

Exchanges like FTX are an example the infections within the cryptocurrency industry by the same wicked spirit that possesses the monetary system Bitcoin was designed to escape. There is a narrative we should accept when crypto behaves more like legacy finance, because it gives us some kind of legitimacy, but in the eyes of whom? The same system built as an alternative?

Thankfully, decentralized exchanges are well on their way to being able to fulfill this necessary role via rollup technology with built-in compliance, as explained by Jagdeep Sidhu in a conversation with Hotep Jesus.

Bitcoin is more than trustless digital gold, the most secure censorship-resistant decentralized network in existence, adjudicator of truth for the transactions it records. It is the base layer of a new paradigm. It is an idea people do not need to rely on fallible third parties to control the monetary system.

People should be able to make transactions amongst themselves, that we can bank the unbanked, that a decentralized system is more capable of lifting people up rather than egalitarianism somehow trickling down from the top of a pyramid. Sacrificing these ideals for temporal gain is not to be lauded as it is a sign one would rather maintain the status quo than aspire towards something higher, enriching themselves by trampling others. 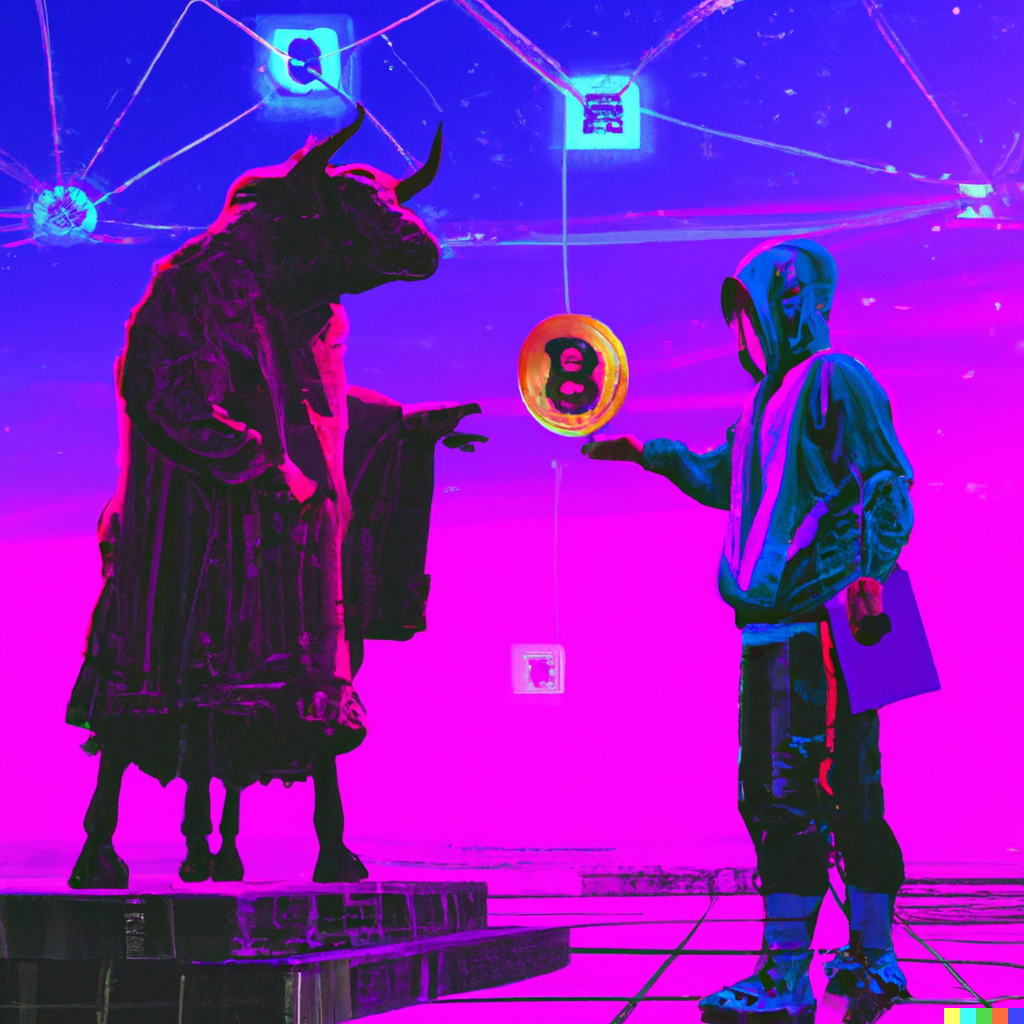 If we hope to achieve the promise of Bitcoin, we must remain vigilant to avoid the devils in our midst. In the same vein of protecting the idea of Bitcoin, we must preserve the standards that make it possible, namely decentralization and security. We cannot trust any cryptocurrency sacrificing either for the sake of scale or anything else because it will never be trustless. Solana made this sacrifice to achieve momentary monetary success and look at it now. Even if Solana was not inextricably linked to the FTX fiasco, the company was never going to be more than a cheap counterfeit of the real deal.

I am not a Bitcoin maxi. In the sense that I do not take issue with the very existence of other blockchains. As long as the community preserves the ideals, I do not see a problem. Bitcoin provided a solid foundation for us to build on. Yet, figures have made many worthwhile innovations since builders mined the Genesis block within and outside of Bitcoin.

The Ethereum Virtual Machine introduced the most obvious smart contract functionality introduced, which paved the way for decentralized applications and the transition to Web3. However, unlike Bitcoin, Ethereum has become proof-of-stake. Post-Merge, Ethereum’s staking model has brought censorship and ensures those who hold the most ETH, the rich, get richer while the poor get poorer, which only compounds ETH’s inequitable distribution originating from its premine. Smart contract functionality is not incompatible with the Bitcoin ethos. Ethereum itself is another question.

If a superior consensus mechanism arises to challenge Bitcoin’s proof-of-work without sacrifice, then we should consider, test and potentially adopt. In the meantime, there is no need to fix something that isn’t broken.

Thankfully, Satoshi envisioned a multichain ecosystem operating symbiotically through a process called Merged mining. Merged mining not only shares Bitcoin’s security with others, but also allows user to augment Bitcoin to support greater functionality. If more projects took advantage of merged mining, they would gain greater security than they could likely achieve on their ow. Additionally, be less tempted to make the expensive sacrifices of ideals that call their value into question. As an added bonus, merge-mined projects effectively become an extension of the Bitcoin ecosystem, so supporting them offers secondary support to Bitcoin as well.

It’s paramount we avoid projects who have sacrificed Bitcoin’s ideals or made their own deals with the devil. We must support honest Bitcoin and projects that preserve Satoshi’s vision, and are working to effect actual positive change. If we hope to avoid the pain caused by making the wrong decision, or worse, the regret that comes from longing for the way things could have been, we cannot set a price on our values.

Therefore, may this serve as a lesson for those who did not know any better and a reminder for those who have forgotten. The struggle for decentralized finance is ongoing and there is no foregone conclusion. It is up to each person on an individual level to choose to be the change they wish to see in the world.

If we believe in the ideals of Bitcoin, we must not be enamored by the ill-gotten gifts of legacy finance or be willing to sacrifice our ideals for their sake . After all, what does it profit you to gain the whole world, only to lose your soul? 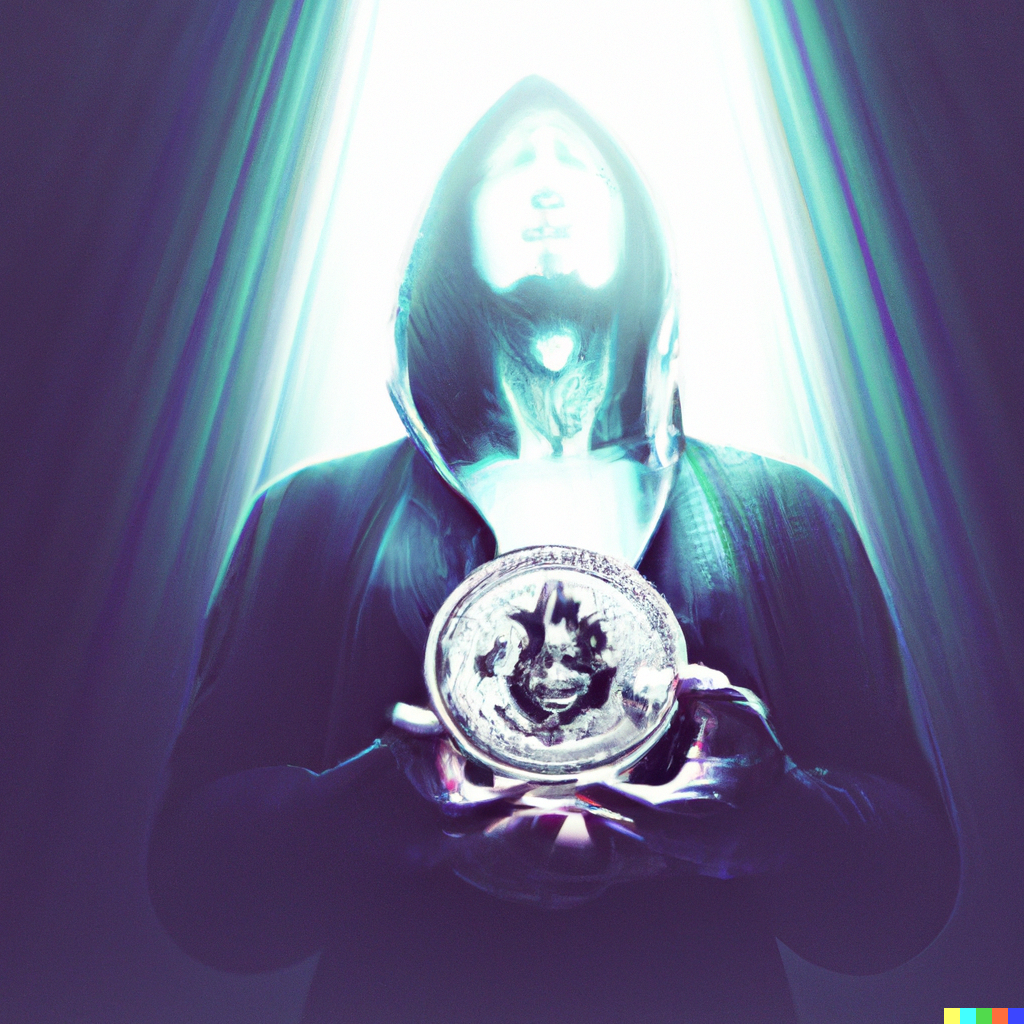 Sizing Up Shopping in Web3 and the Metaverse